Written by Jordan Baker
Updated over a week ago

Have you ever found yourself wearing many hats in life or in business ? It's often best to batch related tasks so that you can avoid burning out from context switching too often. But how can you do that automatically? Time Blocking!

What is Time Blocking?

Grouping things together makes them easier to deal with. Instead of managing your daily schedule as a list of individual tasks, break your schedule into a number of themed blocks of time where related tasks are executed together.

Time blocking is a feature for Focuster PRO users. We’ll be making major improvements in the coming months but there is enough demand that we wanted to introduce a basic version quickly.

Give me an example 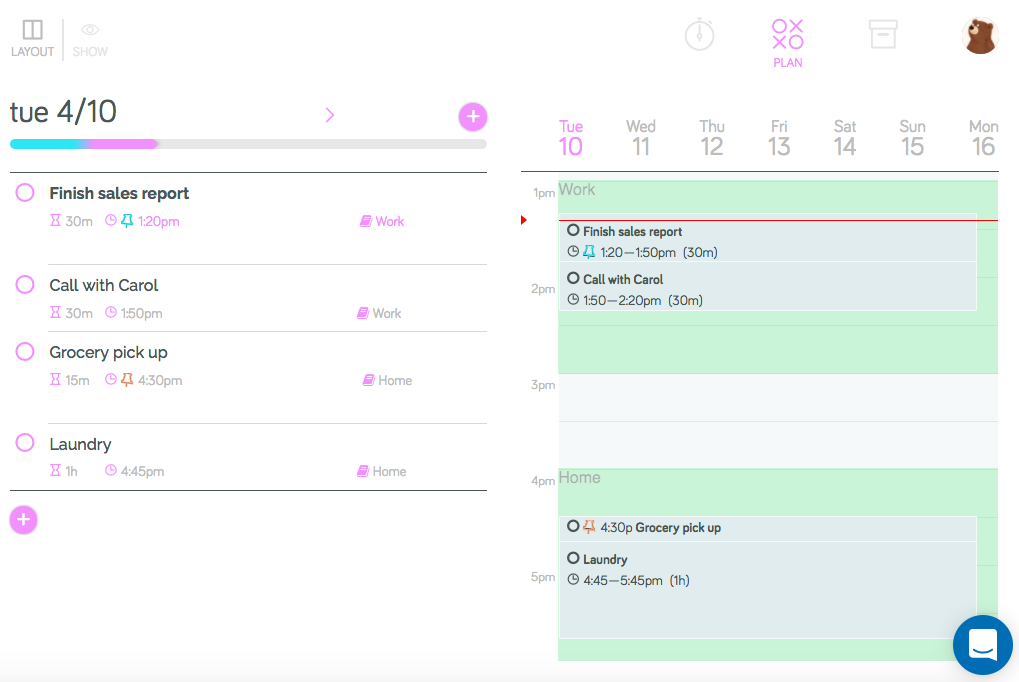 In this example I have both a Home and a Work schedule. You can have as many blocks and lists as you want but this simple example demonstrates how time blocking works.

How do I use time blocks in Focuster?

Did this answer your question?